40 Years Ago: The Launch of VARIVAS brand fishing line in 1980

December 13 marks the 40th Anniversary of the VARIVAS brand. As we commemorate VARIVAS’s success and 40-year milestone, we take a look back at the significant events that launched VARIVAS brand onto the world stage in the 1980s.

The March 2012 TrueVoice magazine article, translated and reprinted below, describes the convergence of two fateful key events that propelled VARIVAS’s beginning and the influential role that VARIVAS would have on the sport of big-game fishing in Japan.

As Japan’s first manufacturer of IGFA-rated fishing line, Morris Company Limited played a key role in the growth of big-game fishing in Japan with it’s introduction of VARIVAS brand line in 1980.

The start of modern, big-game fishing in Japan is marked by the convergence of two key events in the 1980s.

Prior to 1980, although many countries produced fishing line that met IGFA standards; none, however, was produced in Japan. This changed in 1980 with the introduction of VARIVAS brand line. For the first time in the world of game fishing, a world-class fishing line was now made in Japan.

Thrilled at the news of Maruhashi’s world record feat, saltwater anglers across Japan for the first time were learning about the world of big-game fishing. An evangelist of the fishing line system based on the IGFA rules, Maruhashi introduced Japanese anglers not only to a new genre of fishing (big-game fishing), but also to new fishing techniques and a new standard of fishing equipment.

VARIVAS brand quickly became synonymous with Maruhashi. Both had the strength to catch a 78 pounder on 16 lb (No. 4) line.  Maruhashi and VARIVAS, both from Japan, were recognized as world record holders. The reputation of VARIVAS brand line steadily spread among anglers who admired Maruhashi’s devotion to the world of big game fishing and who longed to replicate his phenomenal feat.

VARIVAS line and gear, manufactured by Morris Company Limited, has stood at the side of each of these pioneers.  VARIVAS brand fishing line, with its high performance and trusted strength, has become the brand used most by Japanese anglers.  Improving convenience for anglers is a major focus of Morris Company Limited.  VARIVAS brand fishing line is a pioneer in the development of fishing line designed specifically for each fishing genre. Throughout Japan, Morris sales representatives host booths at fishing retailers to absorb the needs of general angers and gather feedback for product development. Our best selling products have been born from ideas in response to market needs.

In Spring 2012, Morris Company launched a highly versatile product line of fishing gear aimed at entry-level anglers. More than 30 years have passed since Eizo Maruhashi and VARIVAS’s 1984 world record. With new challenges ahead, Morris Company Limited and the VARIVAS brand seek to spread their premium quality products to not only advanced and professional users, but also to beginner and intermediate level anglers. It’s Morris’s wish to bring the joy of fishing to anglers of all levels.

The original article was published in Japanese by Morris Company, Ltd., March 3, 2012, ine True Voice No. 1. 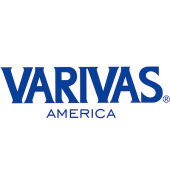 All stories by: VARIVAS America